Wow.  It was about seven weeks ago, that I received an email from Canal House Cooking titled “an idea – call when you can” and I jumped. If you know Christopher and Melissa, a small idea may become grand quite quickly and I was excited about the possibilities. “A book party for our friend”, “festival of doing”, “finding the experts”, “in a beautiful setting”,  “real goodness food”, “the food&wine festivals of the 90s”, “what people are craving”, all of these small ideas and more became elements of The First Annual Smallholding Festival that took place on July 9th.

Canal House Cooking’s inspiration for the event was a book One Block Feast by their friend and editor, Margo True. The book documents their James Beard award winning blog, One Block Diet, describing how Margo and her fellow employees lived off the equivalent of one city block at their Sunset Magazine campus for a year. I was beyond excited to get the call from CH as I was going into the third season with The Kitchen Potager. I can’t believe it was three years ago that I found the ideal setting The Kitchen Potager at Linden Hill Gardens where over the past 10 years, garden designer Jerry Fritz transformed an old property into a destination nursery with incredible ornamental garden beds to display samples of his work. This was my third year of managing my edible garden and keeping chickens and my first year for keeping bees at the property. In addition to edible garden workshops, featured chef dinners and international travel programs, we started the Ottsville Farmers Market. By recruiting market vendors, I am introduced to amazing entrepreneurs; talented and creative people who participate as vendors or patronize the market. My role for the event was to recruit these experts to demonstrate a component of a smallholding lifestyle – growing your own veg, raising bees, keeping chickens, bake your bread, build an oven, make your cheese, cure your meats, can fruits and veg, preserve produce by fermenting. With the beautiful ornamental gardens, our chickens, bee hive and the earthen pizza oven in my potager, Linden Hill Gardens became the perfect setting and we began contacting people.

One of the most beautiful components of planning the event was the excitement before it began “wow, that’s a great idea”, “absolutely count me in”, “yes”, “I love it, let me find staffing” were the responses I received when reaching out to our experts. We recruited an incredible group of expert demonstrators (to the point that I was jumping out of my skin from excitement when I looked at the list on our promo postcards). My John, Schwarz Brand Studio helped name for the event and designed a great look for the event. The idea began to grow as people said “I hear that you are … how can I help? This is what I was thinking…” Our weekly meetings with Canal House seemed to raise the bar each week. Always armed with promo pieces in my purse, I found myself accosting people, in the coffee shop and the specialty food stores. If I saw them looking at the poster or quietly seeking unique ingredients I would introduce myself and say “oh you must come, look at these people, all in one spot for 4 hours!

There was much work to be done and there was team work, partnership and assistance from within our organizing group and others who were available to help. We were extremely grateful to our sponsors Applegate Farms, Whole Foods, Edible Jersey and Heritage Radio. Julie was a tireless go to organizer, keeping track of the many details coming in from all of us. I will always be impressed with Canal House Cooking’s quality standards and never settling for less.  One item that I loved, and you may have received a call from me about this already when trying to figure it out, was knowing that something would get done but you weren’t quite sure how. For John, it was the Smallholding Publications that he managed to create, for me, it was the Ice Cream Vespa move. How does one move this heavy yet super cute pistachio colored vespa cart from Bent Spoon in Princeton to Ottsville without spending a million dollars?! I should have known immediately, you call Clarence Berger. Landscapers, contractors, truck owners were not able to help make the move b/c of the size and weight but on Thursday, July 7th, I received the call “I hear you need help, and I like to do that sort of stuff, what do you need?” so with some help from Carl, a bit of coordinating and pints of ice cream from Gabby, it arrived. Now I see, that is how it works right here in Ottsville, PA.

As the day approached, our homemade banner was hung for all of Route 611 travelers to see, Jerry’s chicken coop band was ready, the bees were buzzing, the chicken tractor and lemonade stand were built, the party rental truck arrived, and the guests of honor, Margo True and the demonstrators had arrived. One hour before guests arrived, the cow and goats arrived and were led to their pasture, Ian Knauer was preparing the spit, John and his friends were posting his handmade signs, the pizza oven was burning, a pile of clay was awaiting to be stomped on. The moment had arrived, everyone had their places and there were the last minute “fixes” that always take place before the event kick starts into auto play. The games were about to begin!

From the moment the bell rang 11 o’clock, the cars kept coming. People were car pooling from Brooklyn (thank you for mentioning the event Florence Fabricant), Princeton, Philadelphia and even neighboring Pipersville, making the most of $12 a carload. Beautiful sounds of Music from Arboretum was playing on the grassy ramp to the bank barn while Jericho Grass set up on top of the chicken coop. Families arrived not knowing what to do next. “What time does the mozzarella making begin? Where is the oven? Is that a cow? Making bacon?!” were the some of the questions our welcome greeter received for hours and offered the response “Yes, it is all happening, all at the same time!” And it was. There were a few lines, arguably the longest was for milking the cow!

“This was great, are you going to do it again?!” was the comment my father heard over and over as he managed the surprise task of parking lot duty.  Thank you to the 1000+ people who participated and to Canal House for creating the opportunity to arrange an event of “doing”.  And, yes, to all of those who have inquired, we will be doing it again next year! 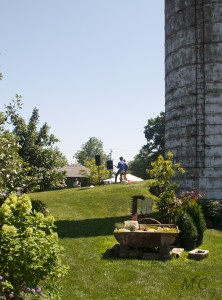 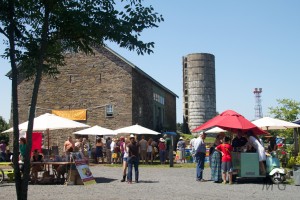 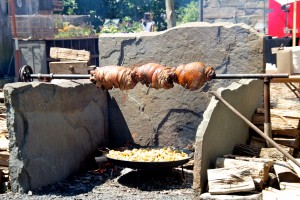 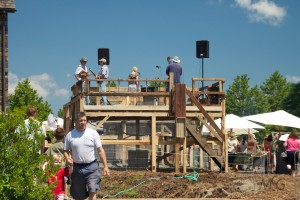 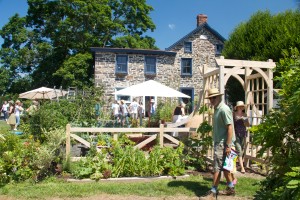 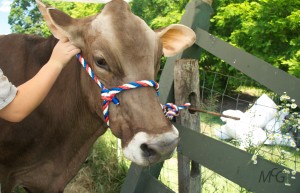 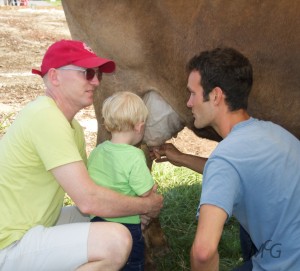 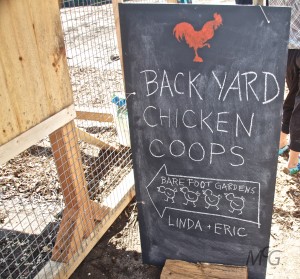 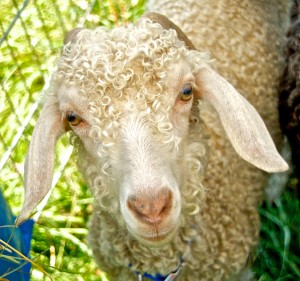 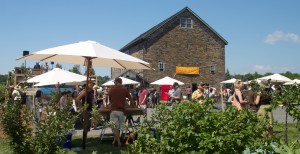 Bucks Bounty Baskets are Back!